A licensed event. No minors permitted. See our FAQ for details. Check out the menu to see full meal descriptions for this show.

This Event Is Sold Out!
Category: Aboveboard Tags: aboveboard, tickets 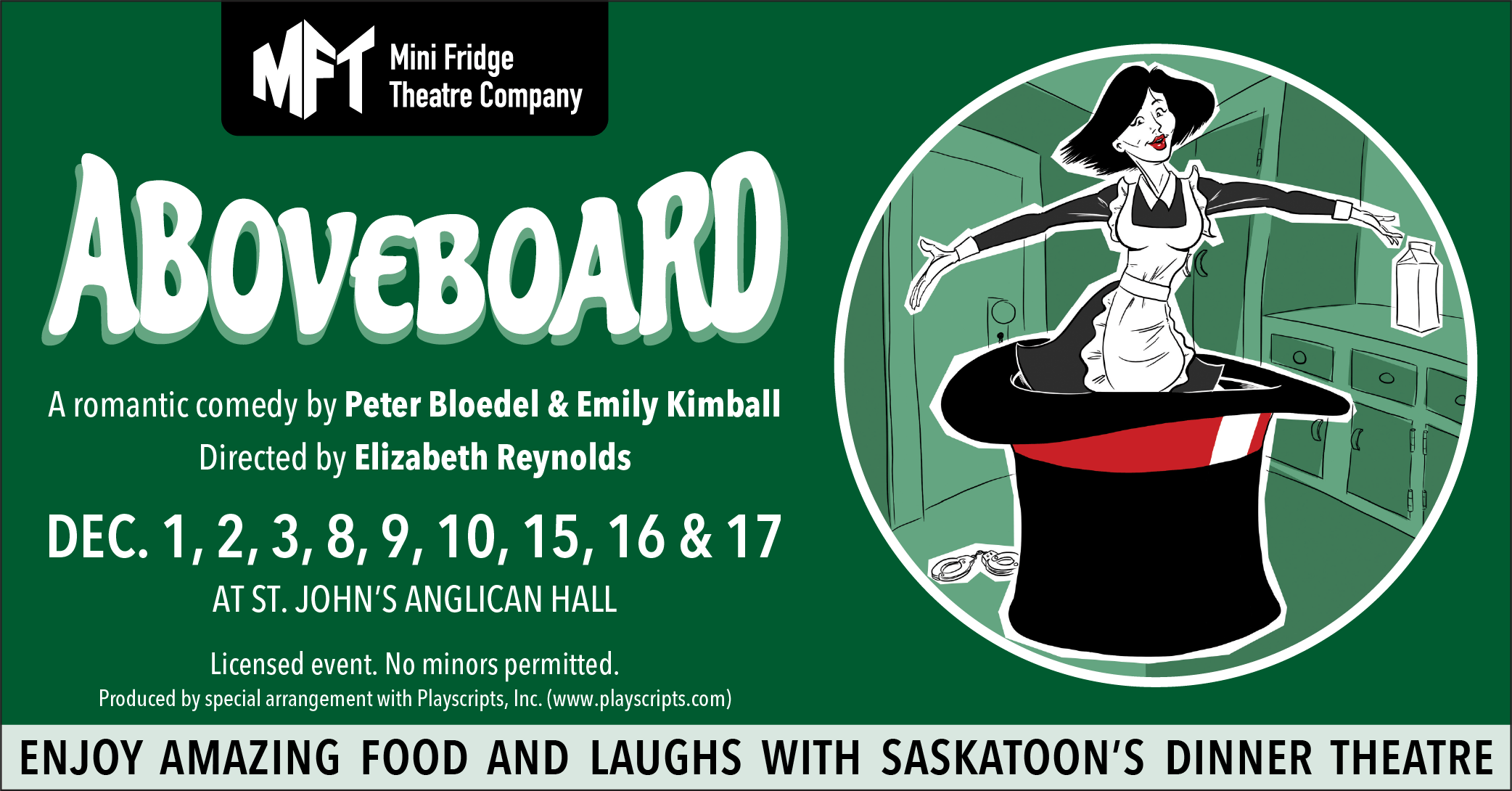 When Nick's food starts disappearing from his apartment fridge, he immediately suspects his best friend Milo, a bumbling magician who lives down the hall. But Milo refuses to confess, so Nick installs a camera to catch the culprit in the act — and finds an unlikely trespasser has been secretly living in his apartment for nearly a month. When the video hits the internet, the surprises multiply in this romantic comedy about magic, misunderstanding, and running out of milk.

Gift certificates from Mini Fridge Theatre Company make the perfect present for that special someone! They can be ordered in any denomination and used to book attendance up to 72 hours in advance of any MFT performance.
Order MFT gift certificates today by emailing info@minifridgetheatre.com!