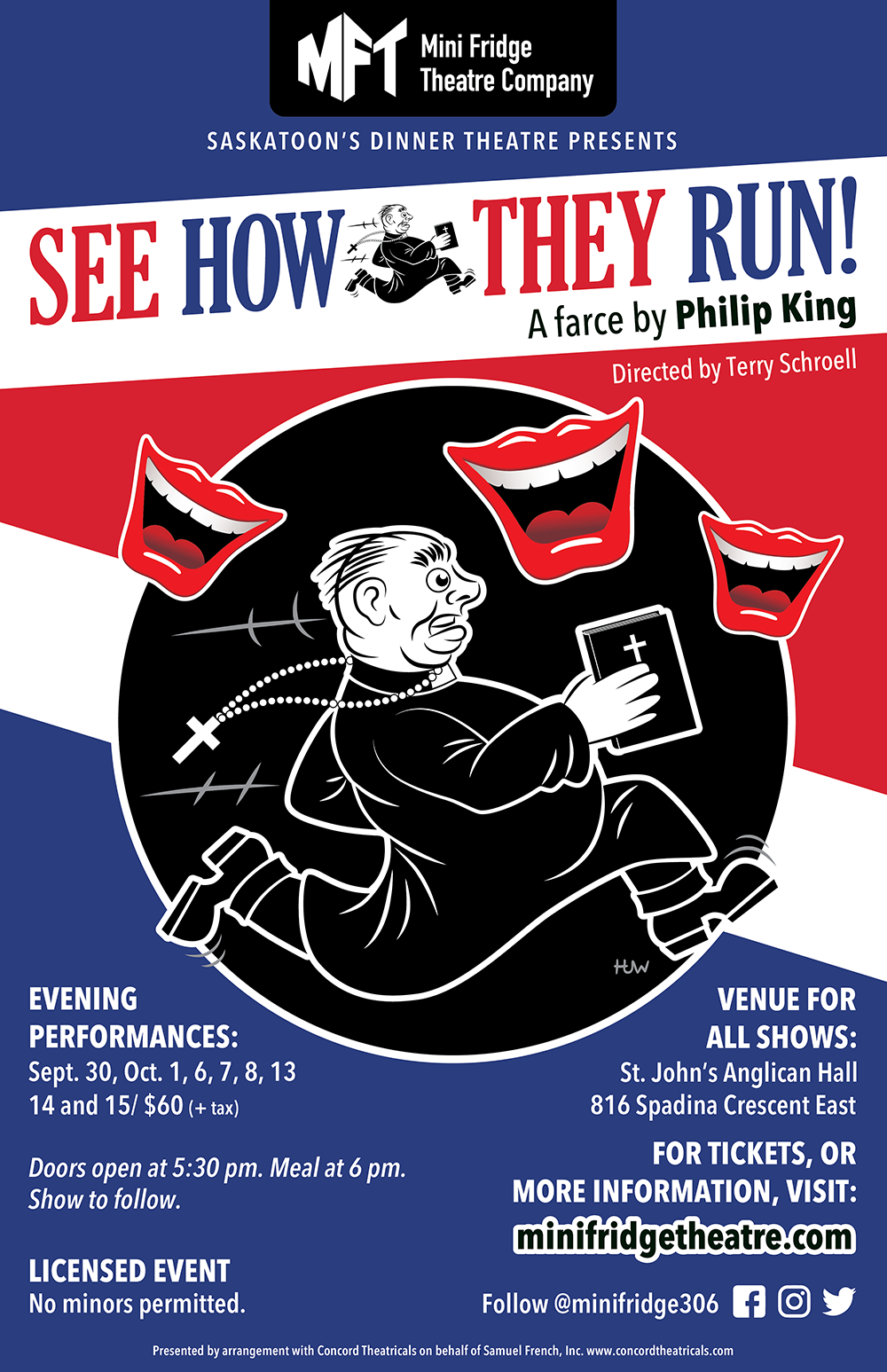 See How They Run

A farce by Philip King
Directed by Terry Schroell

So swift is the action, so involved the situations, so rib-tickling the plot in this London hit that at its finish audiences are left as exhausted from laughter as though they had run a foot race. Galloping in and out of the four doors of an English vicarage are an American actor and actress (he is now stationed with the Air Force in England), a cockney maid who has seen too many American movies, an old maid who "touches alcohol for the first time in her life," four men in clergyman suits presenting the problem of which is which (for disguised as one is an escaped prisoner), and a sedate Bishop aghast at all these goings-on and the trumped up stories they tell him.

“See How They Run” is presented by arrangement with Concord Theatricals on behalf of Samuel French, Inc. www.concordtheatricals.com

Gift certificates from Mini Fridge Theatre Company make the perfect present for that special someone! They can be ordered in any denomination and used to book attendance up to 72 hours in advance of any MFT performance.
Order MFT gift certificates today by emailing info@minifridgetheatre.com!