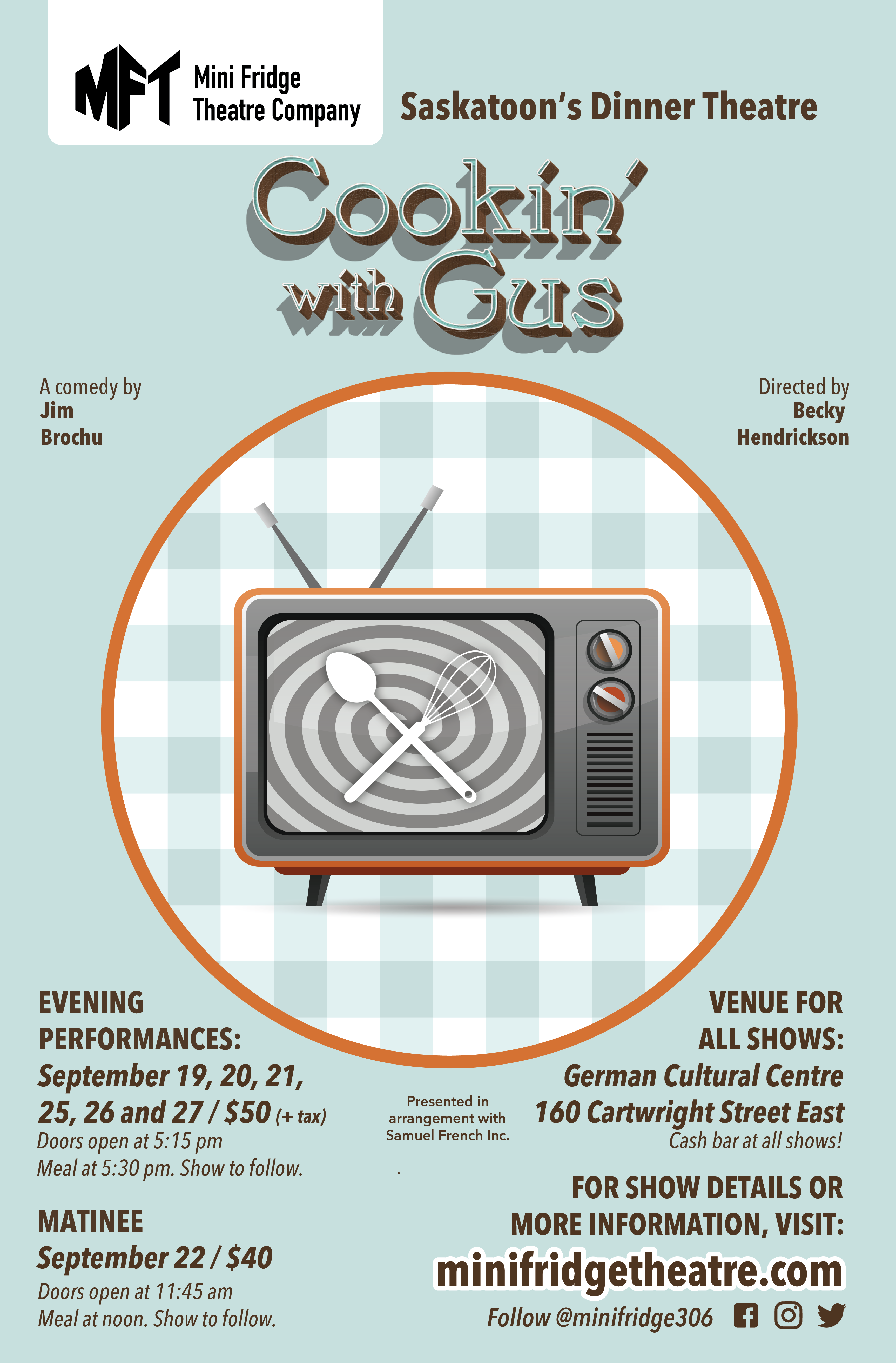 Gussie Richardson is a famous food columnist and cookbook author. Her agent comes to tell her she's been offered her own daily network television show. She wants to do it, but her husband Walter is dead set against it and Gussie discovers she has stage fright and can't open her mouth in front of a camera.

Everybody tries to help her get over it . . . her husband, her agent, and even her wacky neighbour! Just when she thinks she's cured, the taping turns into a comic nightmare concluding in an all out food fight that almost ends the show and her marriage.

Cookin' with Gus brings together four unlikely characters in a stew of hijinks and hilarity.

“Cookin' with Gus” is presented by arrangement with Samuel French, Inc.

MFT Season Passes now on sale!
Give the gift of laughter today! Four shows for only $215 (plus applicable fees and taxes) — a savings of over 10%! For complete details, visit our FAQ page.