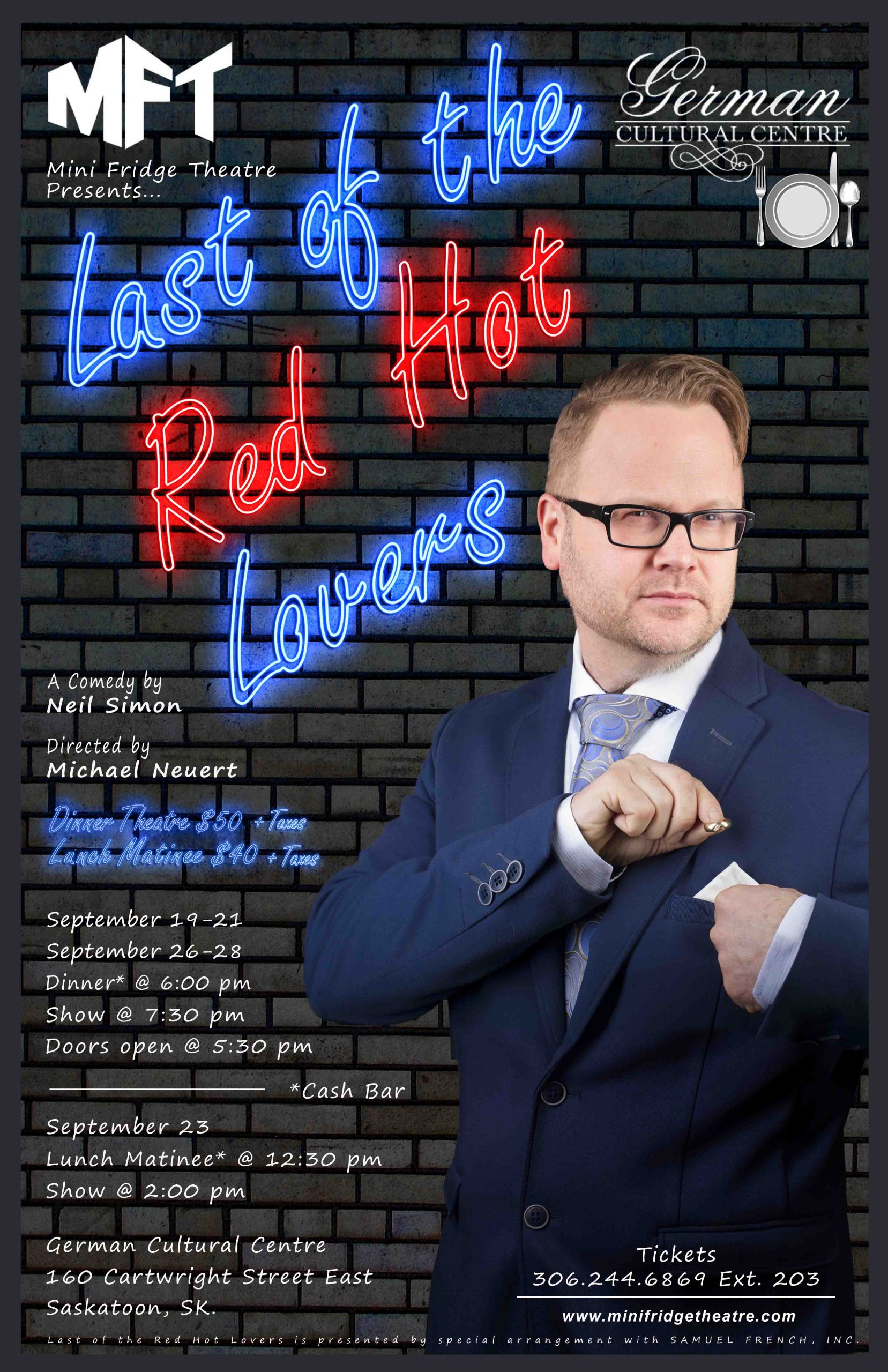 Last of the Red Hot Lovers

"Delightfully hilarious and witty, as well as filled with wisdom about human nature...an uproariously funny author. But he is far more than that. He has a mellow and compassionate understanding of how weak and essentially well meaning mankind behaves...a genuinely brilliant play." — New York Post

Middle-aged and married, overworked and overweight, Barney Cashman wants to join the sexual revolution before it's too late and arranges three seductions: the first, Elaine Navazio proves to be a foul-mouthed bundle of neuroses; Bobbi Michele is next, a 20-ish actress who's too kooky by half; finally comes September and Jeanette Fisher, a gloomy, depressed housewife who happens to be married to Barney's best friend.

“Last of the Red Hot Lovers” is presented in arrangement with Samuel French, Inc.

MFT Season Passes now on sale!
Give the gift of laughter today! Four shows for only $215 (plus applicable fees and taxes) — a savings of over 10%! For complete details, visit our FAQ page.